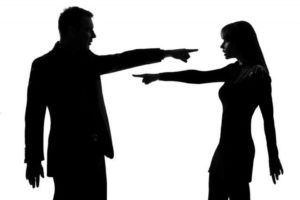 For over 50 years, since the Matrimonial Causes Act 1973, in order to obtain a divorce immediately on separation there has been the requirement for some form of blame – either adultery or unreasonable behaviour.

To obtain a divorce without blame you would need to wait 2 years, but the other person would need to agree, or 5 years without their consent.

The blame game on the immediate divorce means that a level of acrimony is inserted into an already stressful process that for some situations makes the whole situation worse.  This is especially so where there are children involved and the remainder of the Family law Courts are geared up to attempting to resolve matters as amicably as possible.  Two people divorcing does not stop them being parents.  It is so important to try and keep that part working, which is tough to do sometimes when mud is being thrown, potentially unnecessarily, just to facilitate an immediate end to the marriage.

Whilst the usual practice would be to try to agree the examples of behaviour before a divorce is started in order to try and make the process as pain-free as possible, it is still blaming one party for the breakdown of a marriage or a family.

In the biggest upheaval in divorce law in half a century no fault divorce is going to be introduced into legislation.

This follows a 12 week public consultation and is hot on the heels of the case of Owens and Owens, which was recently heard by the Supreme Court.  In this case the wife must wait until she has been separated for 5 years before she can divorce as the Court did not accept her examples of her husband’s unreasonable behaviour as serious enough, and he did not consent after 2 years separation.  There has been outcry following this result, that the system is broken and needs to change, with the most senior judges stating that it must change.

Whilst the details of this are still emerging, there would appear to be a safeguard of a minimum time for the divorce process, 6 months.   Ironically the Court system is so slow at present that this should not impact the time for a divorce in any event.

The time frame for implementation has not been confirmed.  It has been said that it will be as soon as Parliamentary time allows (at least they’re not busy with anything else at the moment!).  It looks like the examples and evidence for unreasonable behaviour and adultery (and to a lesser extent 2 years desertion) will be replaced with a statement of irretrievable breakdown.  There will also be the option of a joint application for divorce.

At the moment we do not know when this change will happen.  It could be weeks, it could be months, it could be longer.  It is therefore a matter for you whether you are prepared to wait for the implementation of the new law, but unfortunately this currently still means that an immediate divorce requires someone to be to blame.